Emma and I recently took a trip to London and Prague.  I’ve been to London before, although it was many years ago, but this was my first time in Prague (or really anywhere in Central Europe).  I’ve actually wanted to visit Prague for over a decade.  I was actually trying to plan a trip and was looking at flight options when the big flood in 2001 happened and suddenly it was off the menu as a tourist destination for a while.  We ended up with a lot of miles on British Airways as part of a credit card promo, and discovered that you can stop at any layover point on your trip without additional costs.  I.e. we could fly to Prague via London all at once (with an hour or two layover at Heathrow) or we could stop in London for four days on each end of our trip, with no added costs.  So of course we made it a three segment vacation.  London for four days, Prague for eight days, London for four days.

It had been about a decade since I had been to London, and I think it was Emma’s first time, so we really did all the tourist stuff: Big Ben, London Tower, Buckingham Palace, the War Cabinet and Churchill Museum, Harrods, the British Museum, the Natural History Museum, and more.  We had a great time, stayed at some great hotels, ate some great food, and walked all over the city.

Prague is an amazing city.  It’s a city of beautiful buildings. The architecture is unlike anything either of us have ever seen, anywhere.  Old, beautiful, detailed buildings are everywhere.  Almost every building takes your breath away.  It has a mini-Eiffel tower.   It’s a city of history.  The city’s history goes back over a thousand years, with some of the buildings dating back a millennia or longer.  It was the seat of the Holy Roman Emperor.  It has castles.  It has cathedrals.  It’s a city of really crappy customer service.  My only guess is this is a result of it being a post-communist country, and perhaps no one there actually has any idea what customer service is supposed to look like.  The standard Czech response to any question is a dramatic sigh, often accompanied with some serious eye rolling.  Ask your waitress for the check?  Expect a sigh and an eye roll.  Ask your hotel’s concierge if you can get ballet tickets?  Expect a sigh, an eye roll, and then him telling you “no”, but you can walk 20 minutes to this vague area and find the ticket place and figure it out yourself.  It’s unending and really sort of hilarious.  In the tourist areas many restaurants will have people standing out in front, with a menu, who’s job it is to try to entice tourists to come eat there.  80% of these people are Czech.  They stand, with arms folded, the menu closed and tucked under and arm, and glare at everyone as they walk by.  I’m not kidding.  At first I thought there were just people who were pissed off waiting for late friends to join them.  But no, they’re employed to lure people into the establishment.  The other 20% are foreign and do crazy things like smile, talk to people, tell passers by about their lunch specials, and show people the menu.

We walked through the old town, saw the Astronomical Clock, saw tons of churches, cathedrals, toured castles, climbed the mini-Eiffel tower, walked through the Jewish Quarter, along the river, saw the ballet, walked some more, took the train into the countryside to see another castle (with bears!), walked more.  It was a really great trip, and Prague is an amazing city.  I’ll post some photos soon. 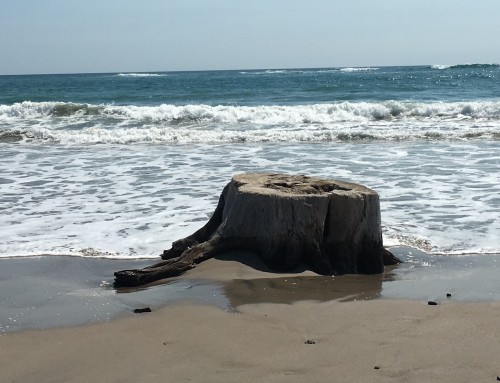