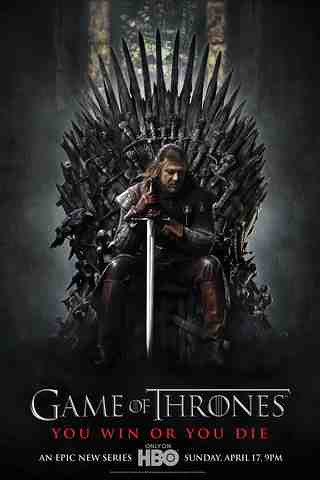 Let me get on my old-man pants and wave my cane angrily from my porch for a minute….

Lately it seems the trend in television shows is to either not have any likable characters, or to continually bludgeon the good guys down, episode after episode.
The Walking Dead went down the first track.  A well written, well acted show, which balanced inter-personal drama with zombie attacks – what’s not to like?  But then quickly every character became 90% flawed, and I quickly stopped caring about any of them.  Everyone became so annoying or stupid, that you began hoping the zombies would get them.  Time to stop watching.
One of my favorite current Sci-Fi shows, Falling Skies, seems to be heading down the latter path.  After fighting the aliens, taking huge losses, suffering massively, at the end of last season it finally seemed like the humans might be making some forward progress with the help of their new allies.  Maybe they could start winning some fights and work on rebuilding humanity?  Nope, this season starts off with the alien allies all gone, and all the main characters killed, in jail, or in Nazi-styled indoctrination camps.  Awesome.  Several seasons of hardship, sacrifice, and always trying to do the right thing, and what do you get?  Right back where you started.  Like running on a treadmill.
And my current most egregious offender: Game of Thrones.  (FWIW: I’ve read all of the books).  They kill Ned Stark, who is essentially the most kind, just, and noble man in the realm.  His daughters then suffer innumerable hardships, mental and physical abuse, etc… at the hands of the scores of psychopaths, sociopaths, and generally evil people who seem to make up 90% of the world.  Then the infamous Red Wedding kills off about 80% of the people left who you could root for.  Having just wrapped up the latest book, let me tell you: don’t get too attached to the remaining few good people left, and don’t assume for a second that any of their minor victories won’t be immediately snatched away from them, while evil cackles from positions of wealth and power.  I love the writing style, the deep characters, the complex machinations, but I hate how the people who are trying to do right keep getting killed/punished/tortured, and the people who are mostly doing evil seem to keep coming out on top.

George Martin:   “I killed Ned because everybody thinks he’s the hero and that, sure, he’s going to get into trouble, but then he’ll somehow get out of it. The next predictable thing is to think his eldest son is going to rise up and avenge his father. And everybody is going to expect that. So immediately
[killing Robb] became the next thing I had to do.
Since Song of Ice and Fire so often subverts reader expectations and avoids traditional fantasy storytelling structures, should fans have any real hope that this tale will have a happy ending? As The Boy recently said on Thrones, “If you think this has a happy ending, you haven’t been paying attention.”

When I watch TV or a movie I am looking for entertainment, a bit of escape. I like action, I like good guys to win, bad guys to lose.  Justice to triumph.  But it’s also a bit deeper than that.  I want the idea that acting with honor, justice, mercy, and goodness WILL make the world a better place, and WILL have positive repercussions in my own life, to be echoed and strengthened.  While I’m not looking to TV to determine my own moral code of conduct, it’s nice when that concept doesn’t get kicked in the face once a week…
Also, I don’t remember this from the TV I watched 10 or 20 years ago.  Occasionally the good guys would take one on the chin, but the next week they’d be fighting their way back on top, justice triumphant!  So this feels like a new thing to me…
By Devon|2017-03-04T18:54:30-07:00July 31st, 2014|Uncategorized|4 Comments